I was at FOSDEM at the beginning of this month. This was my first time visiting an open-source convention. I’m documenting the experience here.

I went with a couple of friends. We left from Utrecht (in the centre of the Netherlands) and the conference is held at the Université libre de Bruxelles (Free University of Brussels), so we had to leave early in the morning. Inside Brussels, we encountered an interesting traffic light that said STOP meat while it was red, and GO vegan while it was green. An interesting piece of activism. The first thing we did after arriving was familiarizing ourselves with the area. It’s an interesting campus. There are a lot of hills, so they built entrances to the buildings at multiple levels. It’s funny to walk into a building and already be on the second floor. 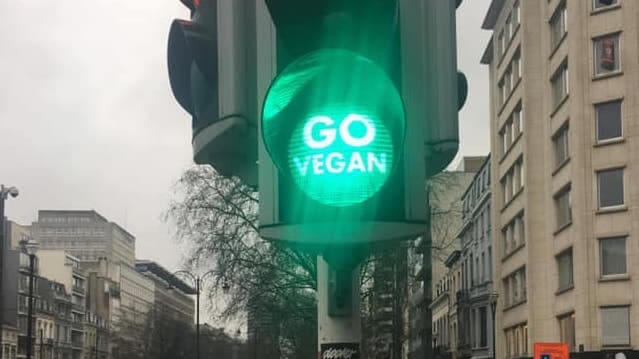 After sitting down for a cup of coffee and getting a printed schedule, we went to the first talk we wanted to hear. We arrived 30 minutes before it started, but it turned out that this wasn’t early enough: we were confronted with a sign that spelt, in big, red letters: FULL. That was a sign we’d face many times during the weekend, as FOSDEM is a crowded conference. Usually, it’s safe to be somewhere 15 minutes early, but the first talks of the day can be an exception. So we went to the room opposite it, where there was an introduction to the Ada programming language. This was cool to learn about, but not something I plan to use, so I felt a bit bored.

After that, my friends and I parted ways. They went to Tool the Docs, while I wanted to go to the Retrocomputing Room. They were going to restore a thirty-year-old Minitel server on an Apple II. It would’ve been my first introduction to them, except that the talk got canceled. I would not regret going there, however. The organizers improvised by asking the audience about their own retrocomputers. The question that was posed was: “who has the oldest computer?” I had to contain myself, as it wasn’t the right question. I heard something about the Spectrum 16K. Things from before I was born. Then, another question was posed: “who has the greatest computer?” Bingo. I showed them my HP 100LX digital organizer. I had an opportunity to briefly talk about it in front of the audience, which was a fun experience. I’ve uploaded the footage here.

After that, I went back and forth a bit between Decentralized Internet & Privacy, and the Retrocomputing Room. I found the talks at the former room to be of lower quality. During one of the talks, there were some technical issues with the video projector, so a technician came in to fix it, and even though it was taking a while, the speaker just leaned back. She only continued the talk at the request of an audience member. I feel like that says something about how enthusiastic she really was about communicating the information to us.

Another interesting talk was Making Open Source Hardware for Retrogaming on Raspberry Pi. The speaker had designed a gamepad with an RPi at its heart. At the end, the speaker showed us an integrated circuit and said he’d give one to anyone who’d ask a question. There was nothing in particular I wanted to ask, but I wanted one. I asked how he was doing and stretched out my arms. That was the last retrocomputing talk I wanted to go to. 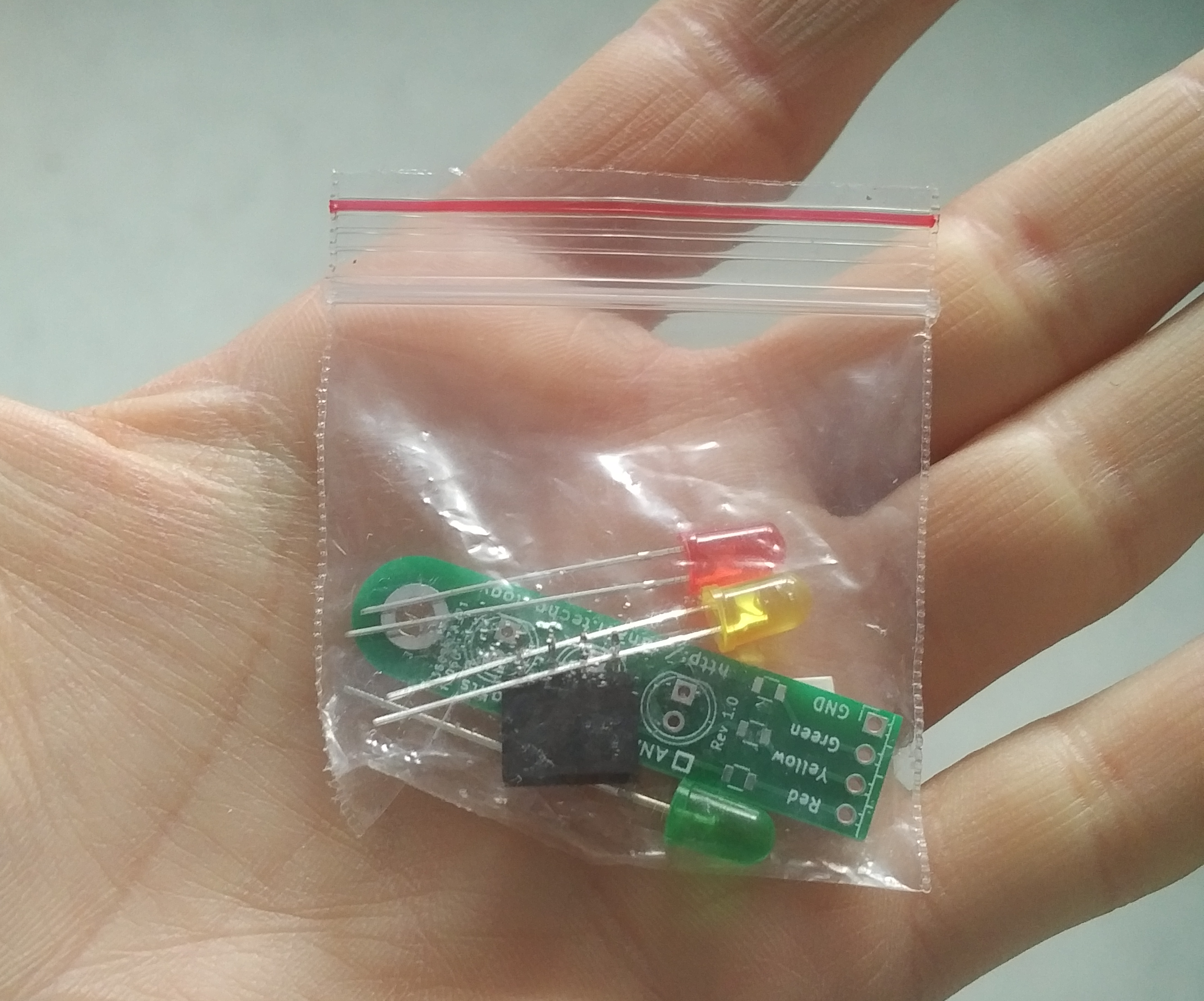 As I was reviewing the schedule, I noticed a lot of interesting talks in a room called Collaborative Information. Many of them were about Wikis. I’ve used MediaWiki and TiddlyWiki as a personal knowledge base in the past, and Wiki software in general interests me. So I went to that room and stayed there until the evening.

The Wiki talks were interesting, but not spectacular. The talk about Tiki Wiki did not give an overview of the software, but rather the speaker just gave a walkthrough of him fiddling in the admin panel. That isn’t something I’d watch for leisure. I’d prefer he gave me more of an overview, and reasons to use that software package in the first place. The XWiki talks also fell a bit short to me, as that application looks more like a regular CMS. It seems a bit complex for my taste.

Then there was a talk about LibreOffice Online. The speaker expressed a sense of superiority about WYSIWYG editors, calling the alternatives “stuck in the past”. I find it curious that people actually consider the alternatives, and still prefer WYSIWYG. But I didn’t mind it much. I just wanted keep my spot for the talks that followed. And I must admit that LibreOffice’s solution seems better than other online, collaborative text editors, so they get kudos for that.

The next talk I’ll cover is my absolute highlight of the weekend: Memex. It’s a browser extension that helps you stay organized by functioning as an external memory. It stores all text from all the websites you visit, and lets you search it, so that even if you have a vague recollection of something, you can find it back. It also lets you highlight and annotate text on webpages, and tag pages or store them in collections. I was already familiar with these ideas, and I really value them. I’ve been following Ted Nelson on Youtube for years, and I’ve read Vannevar Bush’s essay As We May Think. I’m struck by how little attention has gone to actually implementing these ideas. We could have something much smarter than the World Wide Web without additional technology. So it was awesome to physically meet people who are filling the gap. And the talk was great. The speaker started with a historical context and introduced the software from there on out. I recommend you watch the recording.

After one more talk about Linked Data, the day was coming to a close. I headed to the city centre to eat at a restaurant, and arrived at the youth hostel rather late at night.

I liked staying in one place, so I thought I had the perfect plan for Sunday: go to the Quantum Computing workshop, which lasted all day. It started with talks, and in the afternoon we’d work on projects ourselves with our laptops. However, with no previous exposure to quantum computing, the talks proved too technical for me. There was one talk that I could follow, so I kept on hoping for more of those, but after a few hours I gave up and headed to a talk about the Tor Project.

On my way there, I encountered something that, with my mind for puns, I just had to take a picture of. There was a sign that talked about “libre examen”. How appropriate, I thought: even the exams here are libre. I looked up the phrase, though, and it turns out that it’s an academic current, stemming from the 19th century, that tried to break free from the clerically imposed biases, dogmas, and appeals to authority, especially in the fields of philosophy, history, and law. These are ideas we take for granted today, but which had an early articulation at that very university. This is super-duper rare information, by the way. There is no article about it on the English Wikipedia. I took it from the Dutch one. So there’s an interesting piece of trivia for you. 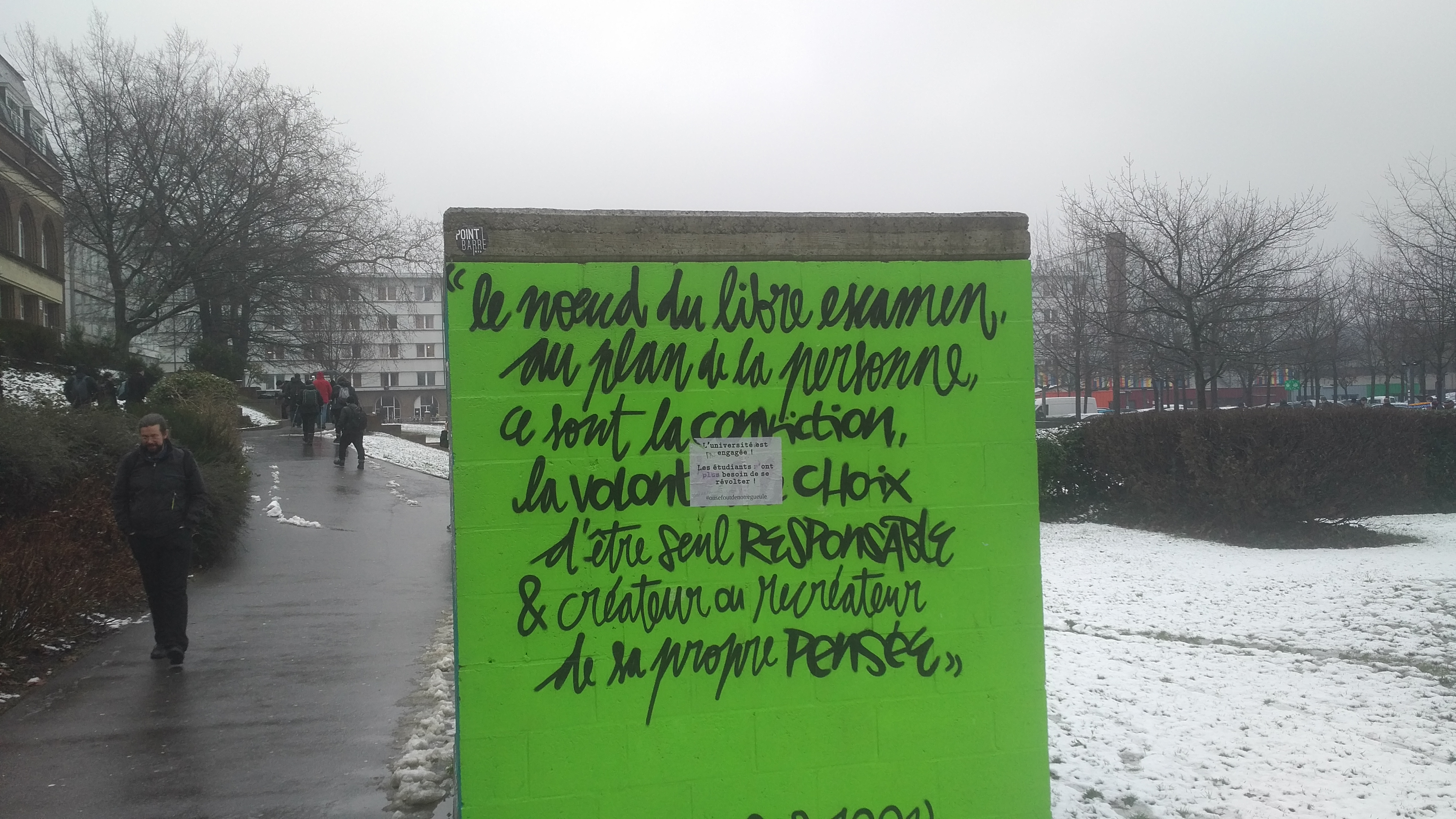 Even the exams are libre!

The Tor talk was another highlight for me. I’ve seen their talks on Youtube before, and as I’m used to from them, they had a great, personable speaker, and the content was interesting, accessible to non-technical audiences, and important from a societal point of view. What really struck me was the tale of an American company illegally serving surveillance and censorship infrastructure in Syria, the hacker group Anonymous calling them out for it, and the company in the end somehow walking out of it with an award from the US State Department. You can watch the recording here.

Then I went to a talk about the sponsorship processes behind software. It was a long trip. First, I misread the schedule and went to the wrong building. Then I went to the right location, but there was a note on the door that said the talk has moved. So I went to yet another building. I had to get to the sixth floor, and the elevator was broken. So, after an exhausting flight, I’d finally arrived at my destination. They had free chocolate there. The kind that’s pure, and also has nuts in it. That was my reward for getting there.

The final talk I visited was about Homebrew. I did not expect to see this. The convention is about FOSS, so I was wondering: is everyone waiting in line here using the GNU/Linux port of it? Is it that popular? I asked people, and some of them used it, but I was also among my fellow macOS users. There’s room for that at FOSDEM.

My friends were tired by this point, and I had already had a wonderful weekend, so I was more than fine with going home early. In conclusion, I can say that, so long as you know what talks to go to, FOSDEM is a perfectly fine place to go to even for less technically minded people like myself, and definitely something I plan to come back to in future years.